What are Legal Self Defense Weapons in Canada?

Self-defense is important as the world continues to be strife with dangerous people who are willing to do horrible things. Thankfully, laws were put in place to make sure that victims can defend themselves. However, these laws can be very confusing. When can you defend yourself and how? What can you use to defend yourself? We’ll answer all your questions here.

For those who aren’t familiar with the term, self-defense is the act of protecting oneself against a threat. If you’re fighting back against someone who aims to hurt you, that is considered self-defense. Self-defense usually happens in cases of attempted assault, attempted rape or sexual abuse, kidnapping, and the like.

What you should remember is that self-defense is considered legal or illegal depending on the situation and the case. It must be examined on a case-by-case basis. You can’t just scream self-defense and expect to be let go. Many Canadians have already been charged with criminal offenses even though they said they were defending themselves.

This can be confusing for a lot of people thus, seeking help and legal counsel from trustworthy lawyers is a must.

Self-defense can be confusing. What can you carry around to protect yourself without breaking laws and rules? This can be tricky. Here are a few rules to remember.

1. You can protect your house using as much force as necessary.

One rule that’s not as gray as others would be this. You can protect your home with as much force as necessary. Although you’ll need a permit or license to buy and use a gun, you can still buy other items such as pepper spray or knives to protect yourself and your home from burglaries and the like.

When an intruder enters your home, you can use force. Judges are often more lenient when it comes to this type of self-defense however, we reiterate that this can differ based on the situation and what occurred.

2. If you carry anything with the intent of harming someone, that’s technically not legal.

This is one of the trickiest parts of the self-defense laws in Canada. A weapon is considered anything that can be used with the purpose to injure, kill, or intimidate someone. Carrying weapons such as tasers and knives can raise eyebrows even if you only use them for self-defense. This is because some people use these items as weapons to assault other people and not to defend themselves.

3. In the case of self-defense, what you can or cannot carry depends on the situation.

When something horrible does happen to you and you’ve used items such as pepper spray to help defend yourself, you’ve not yet committed a criminal offense. There will be investigators and judges who will examine the situation.

4. The laws on self-defense can still be improved.

These self-defense laws are vague, confusing, and can even be contradictory. These laws must be improved to ensure that people can have the means to protect themselves if anything were to happen. Citizens should also be educated as to what they can do, how to use weapons for protection, and what to do if one were harmed.

How can you defend yourself?

One of the best ways to learn how to defend yourself is by taking classes. Seeing as most weapons such as pepper spray, bear spray, knives, guns, and other weapons are illegal to carry around, you’ll need to find other ways to ensure you can protect yourself. Here are some of the classes in Canada that teach you to defend yourself.

Wen-Do is a women’s self-defense organization in Canada. It is an organization that designed programs to teach women of all ages and abilities to protect themselves mentally and physically from an assault of any form.

Krav Maga Toronto is one of the most popular self-defense academies. They offer a variety of programs from adult programs to women-only programs to free trial classes. Krav Maga is a self-defense system that hones your instincts.

You should have the right to protect yourself from harm and defend yourself from people who seek to injure and hurt you. Make sure you’re safe inside and outside of your home and always be aware of your surroundings.

How to Cancel a SkipTheDishes Order 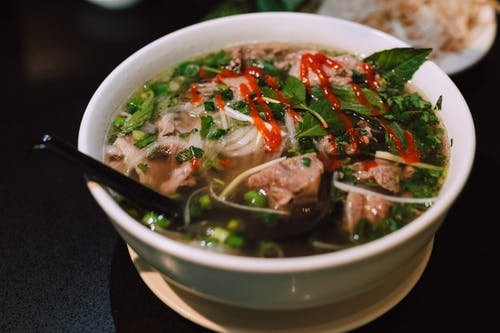